Since 2015 the World Seabird Union (WSU) has put in place provisions for an ad hoc Conservation Sub-committee to enable support of the member organisations in their efforts to protect seabirds and their habitat.

The committee is convened when a member group raised an issue of concern in their own country that seeks support of the WSU. The sub-Committee is then created from concerned group members and WSU board members (Vice-Chair plus one other) as required. With the WSU representing 19 groups within the global community, adding a voice of concern to a specific issue within a member’s country to garner support for a specific conservation outcome could be a powerful tool.

CLICK HERE TO SUBMIT A QUERY TO THE CONSERVATION COMMITTEE 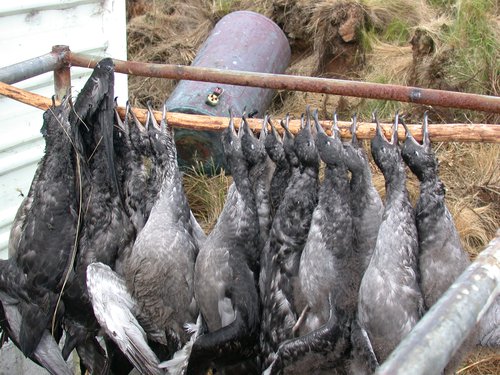 Those seeking to have seabird conservation issues raised and supported through the WSU Conservation Committee should first contact their regional seabird group.

Given that representatives from all regional seabird groups are included in the WSU, and many of these have conservation officers or sub committees, the role of the WSU in conservation issues would be a supportive one, rather than a leading role.

When issues arise in specific areas that warrant responses to protect or enhance seabird outcomes the regional group would provide the first response on such issues. If the issue is considered significant to warrant a stronger level of support, where international implications are expected from the lack of conservation of a species or its habitat, then the WSU may be approached to provide further ‘moral’ support to the issue.